Caravan and motorhome dealers with 85 years of service

The South-West’s premier, award-winning, main dealer of quality, new and pre-owned caravans, motorhomes and awnings, in stock and available now!

With an enviable history as an industry-recognised leader plus manufacturer relationships secured over many decades, Davan has the best availability of quality brands, with vehicles and prices to suit all budgets.

You can secure your vehicle now from Davan’s available stock of leading UK and European manufacturers such as Swift, Basecamp, Pilote, Knaus, Weinsberg, Rollerteam and Autotrail. A team of friendly, knowledgeable, caravan and motorhome experts are on-hand to guide you on your path to the perfect vehicle for your requirements and budget, whether you are a first-time buyer or an experienced caravanner. 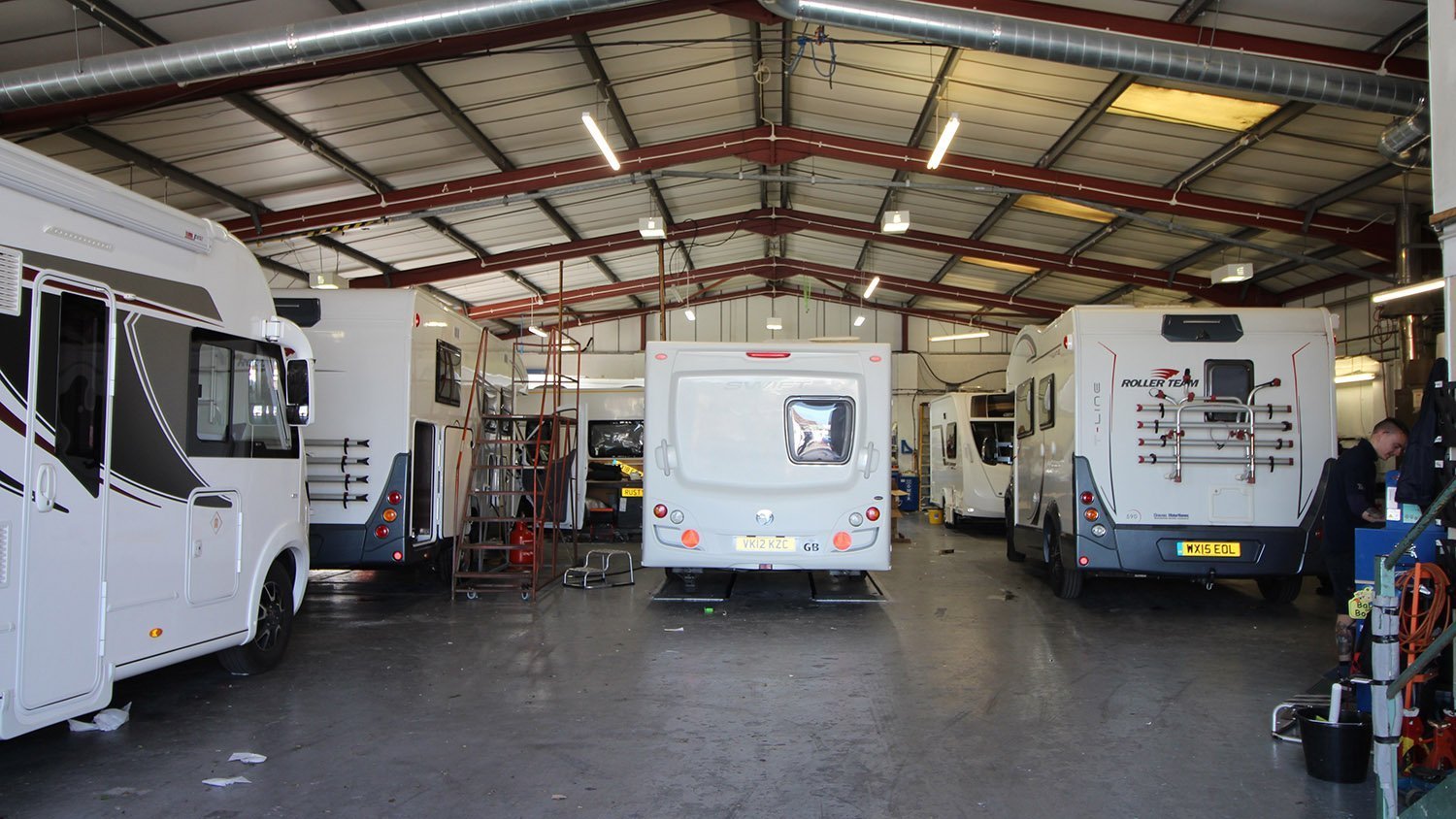 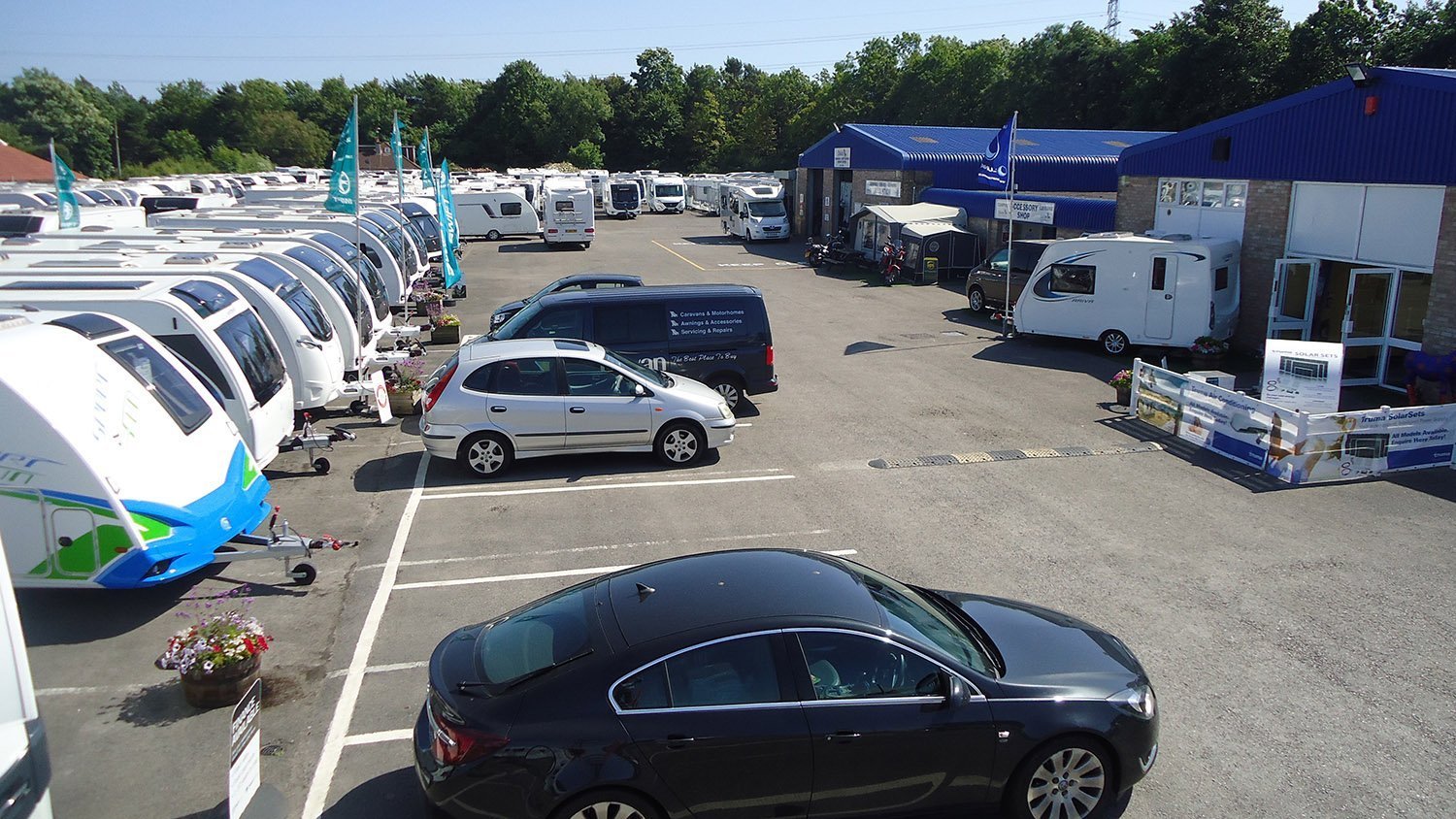 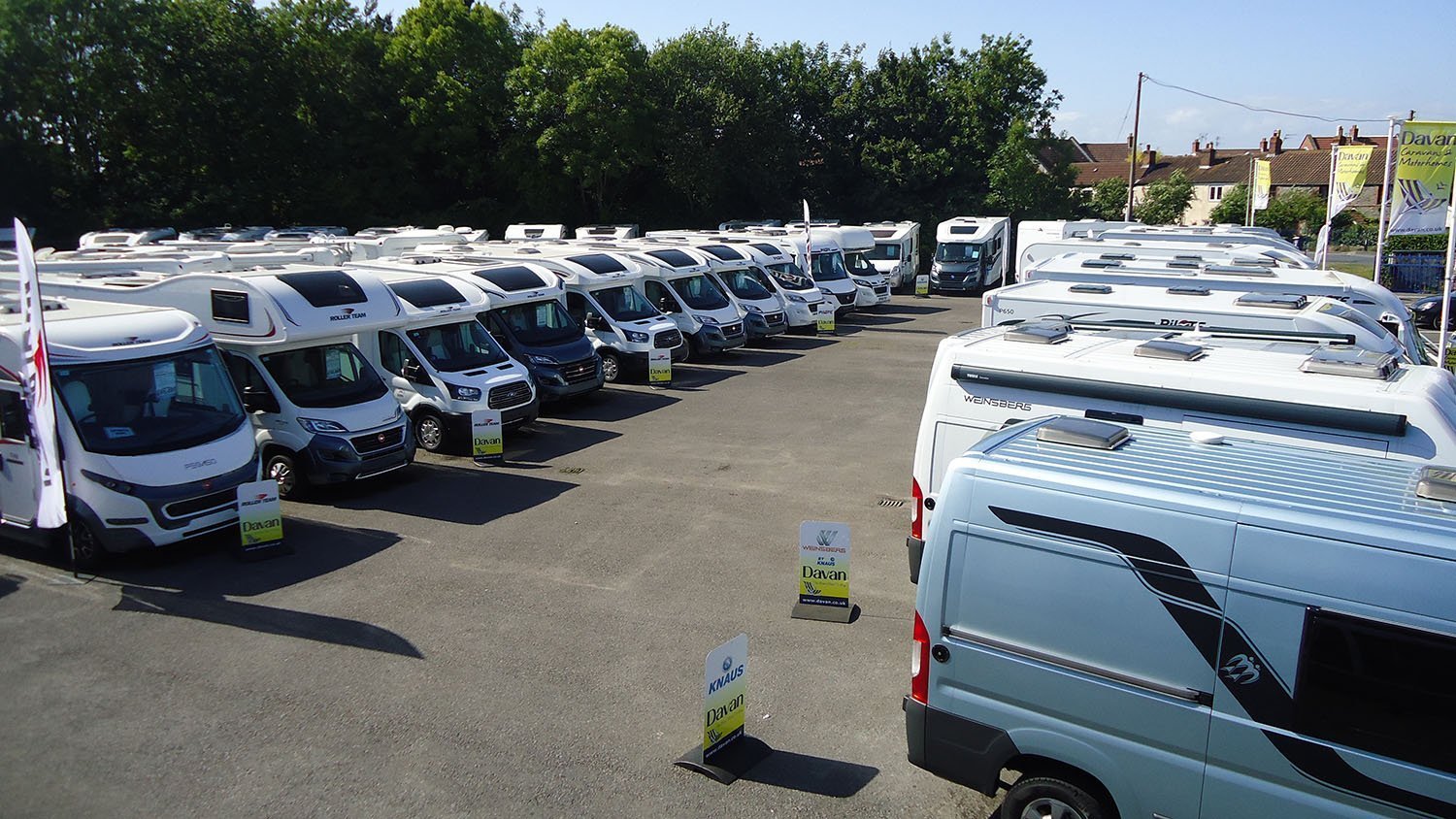 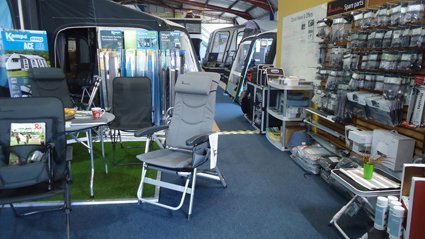 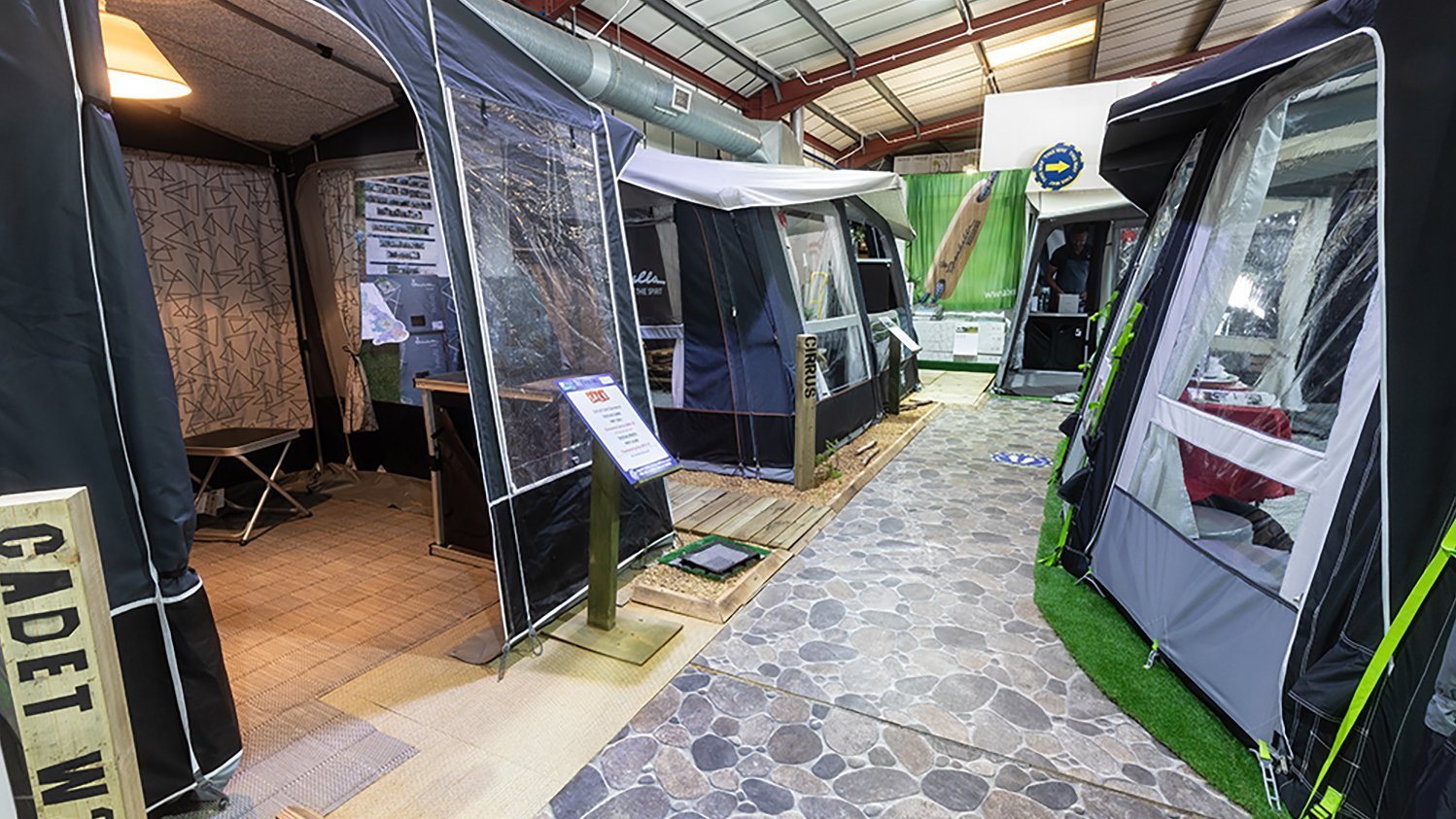 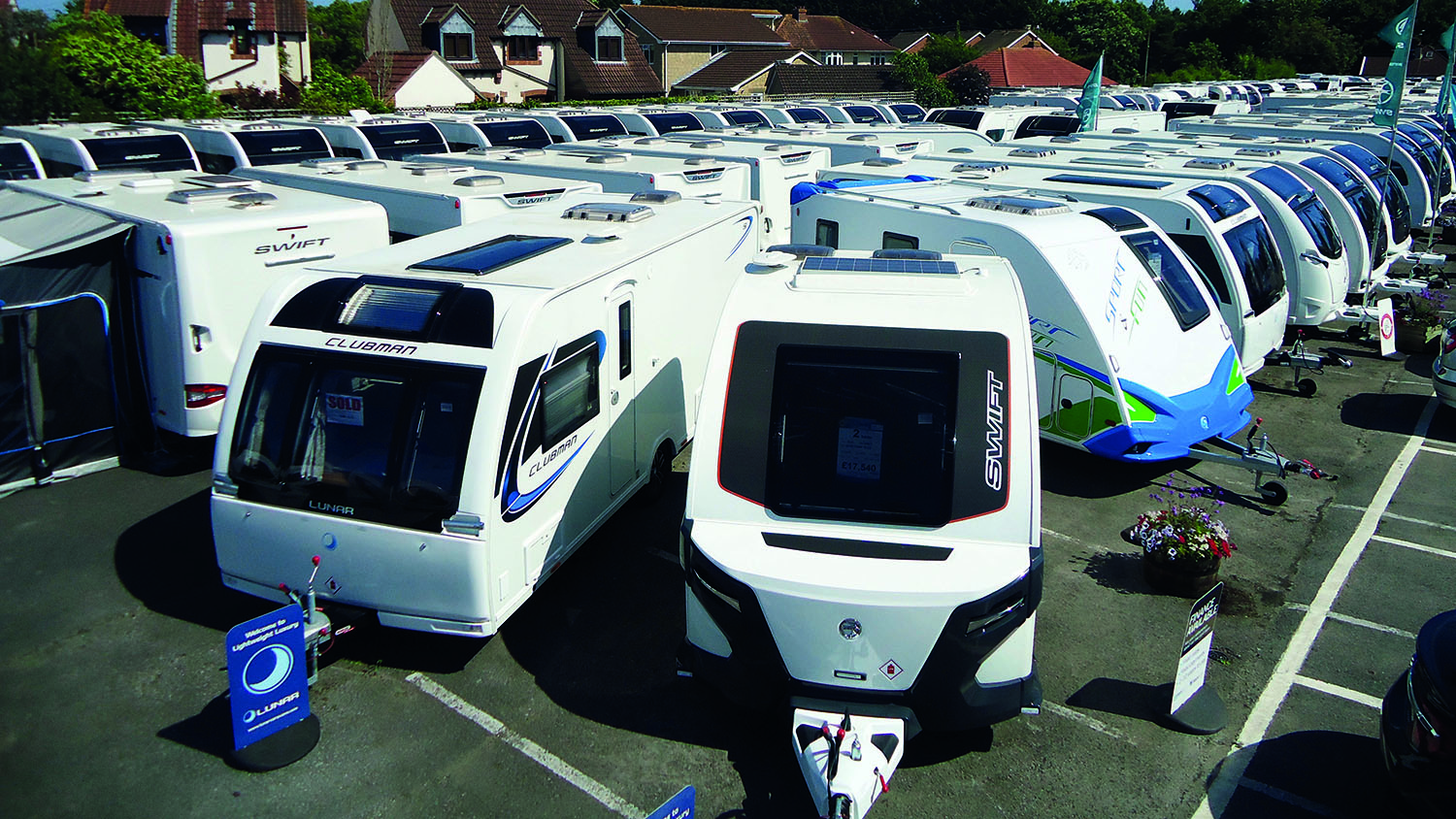 Davan are also the ‘premier’ South-West dealer for Pilote, a distinction they have secured for many years. So, if anyone can meet your needs, Davan can!

Davan also stock leading awning brands such as Isabella, Vango, Ventura and Dometic, displayed in a large walk-around indoor showroom and with an extensive accessories store, Davan have everything an outdoor leisure customer could need under one roof.

With customer service at the heart of the business, vehicle servicing and repairs are also dealt with in Davan’s independently-assessed Approved Workshop. Qualified technicians equipped with the latest tools and technology can undertake any task, from habitation checks and servicing to warranty and insurance repairs.

Now, with the addition of a very successful and growing online retail shop – www.davanshop.co.uk , Davan have taken the steps to securing a very bright, safe and successful relationship with their very valued customers. Why not drop by to see what Davan have to offer.

We love this old photograph of one of the early caravans and sure you understand why it would have received a lot of attention.

Davan was started in 1936 by Bert Davies (the same year his son Idris was born). Mr. A.E.T Davies (Bert) was the eldest son of a Welsh farmer and was brought up at Gilfach Wen Farm nr Six Bells, Abertillery South Wales.

How a caravan and motorhome dealership was started.

Having moved to Weston-Super-Mare during the 1930’s depression, working for his grandfather and gaining skills as a builder. Bert built his first caravan, using an old car axle from a scrap dealer, so he could take his growing family on holiday. He sold it for the grand sum of £10 and with that, decided to build a second caravan, that was the start of “Daylightful Davans”.

Davan Caravans was run as a family business from the very start and has been run the same ever since. Vehicle manufacture was of touring caravans mostly, with model names like Dandy, Davania and in the 1950’s the Dabonair. Bert even built one of the first motorhomes when he converted an ex army ambulance into a holiday vehicle.

As the younger members of his family joined the firm and with excellent craftsmen in the factory, production started on luxury holiday static caravans. Later on came the twin unit mobile homes.

The Mansionette mobile home was a particular success at the time and was described as “the most luxurious twin unit on the market” during the 1967 Earls Court Caravan Show by Mobile Homes magazine.

Bert and his brothers set up Sandy Glade holiday Park in Brean, and shortly afterwards Bert set up a static caravan site of his own in Burnham on Sea (Newcombe Trailer Park). Later Bert bought a farm in Highbridge, where John and Eric, Idris’s two younger brothers started their own caravan retail outlet.

Idris and sister Jean continued to build up the Davan business, pioneering the industry by being the first to use hot-coated pre-formed aluminium on the exterior walls of their caravans.

With Idris and Jean promoting Davan at Caravan and Ideal Homes shows all over the UK, the Davan name soon became famous for making and selling industry-leading caravans. The last Davan Tourer Caravans were made in 1976, when Idris decided to concentrate on retail.

In the late 70’s two more outlets were added to the company, Avon Leisure Caravans and Avon County Caravans in Bristol. It was then that the Burton family started their long involvement with the business.

Through the 80’s the third generation joined the company, with Idris’s sons Glen, Neil and Mark, and Jean’s son Harvie. Davan moved from the original caravan factory and sales site (located only up the road from the present location), which happened to be formally Sunny Mead Caravan Park (another family owned campsite). 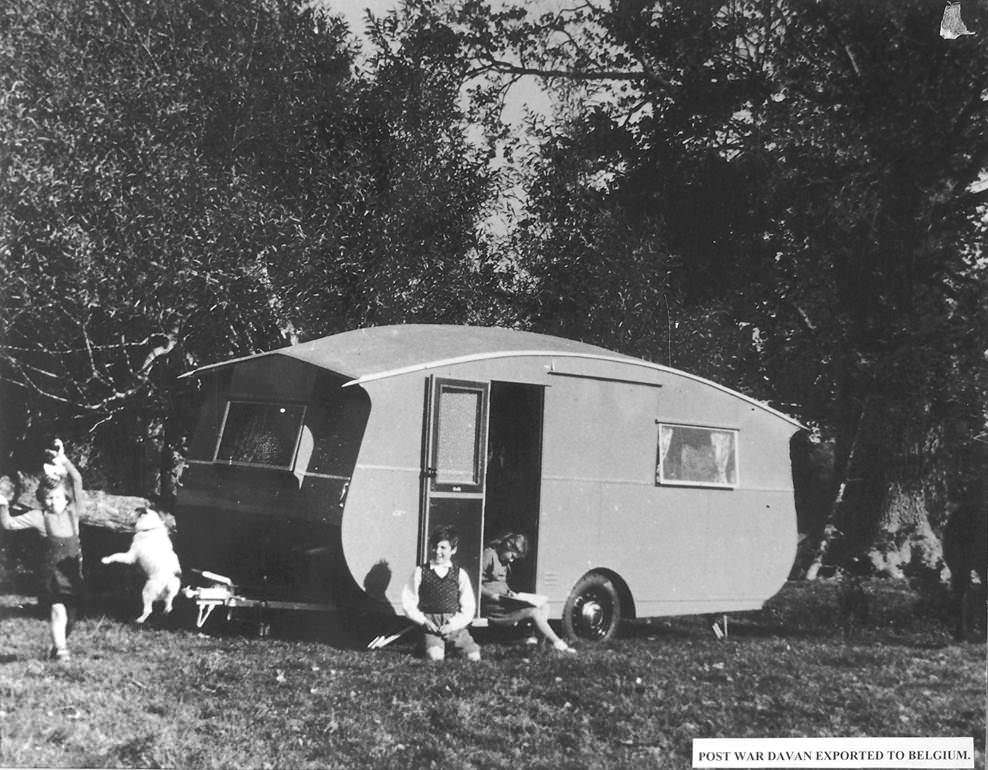 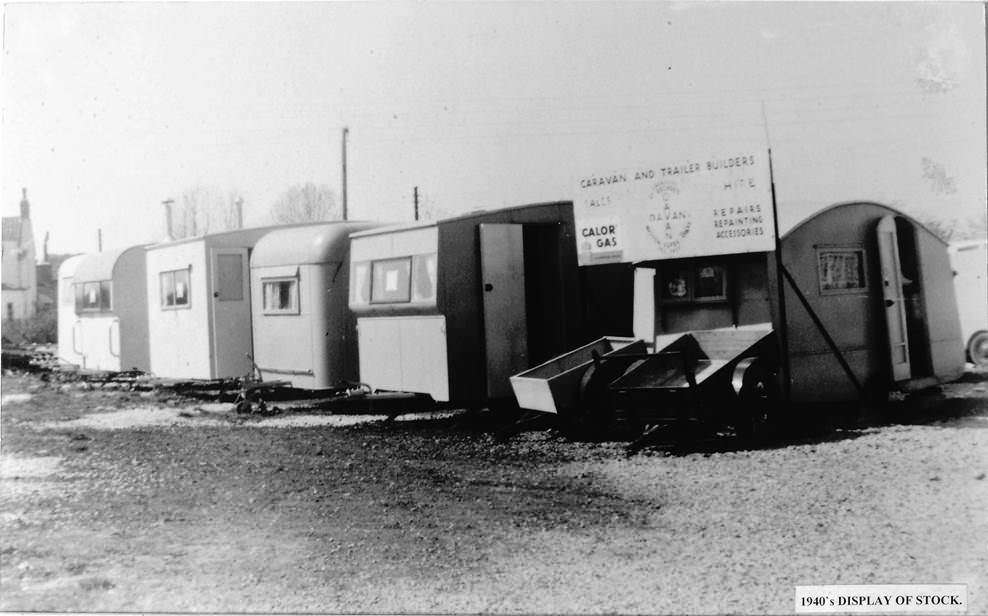 THE BEST CARAVAN AND MOTORHOME DEALER IN THE SOUTH WEST?

Davan Caravans continues to be a major Caravan and Motorhome retail outlet for many of the UK and continental caravan and motorhome manufacturers including Swift, Lunar, AutoTrail, Pilote, Venus, Knaus and Weinsberg  , as well as many caravan awning and caravan accessory suppliers.

Mark Davies now leads the motorhome sales team and like his father attends all the major Motorhome exhibitions with his award-winning sales team. With 45 employees currently, Idris’s eldest son Glen Davies is Managing Director and Richard Burton is Sales Director. Large and small repairs, servicing and customising are also a big part of the business, all dealt with in our industry approved workshops, run by Neil Davies as the Workshop Director.

Davan have also set up their own caravan club and love holding the famous caravan rallies and special events, entertaining customers and caravan club members. Now with the addition of our online retail for caravan awnings and accessories, Davan Caravans is still growing.

Caravan and motorhome service and workshops.

With a modern caravan and motorhome workshop facility, a large caravanning accessory store and an indoor showroom for caravan awnings and caravans the new site was the talk of the industry.

Mark and Idris developed the motorhome retail side of the business initially at St Georges and then at Avon County in Bristol. The Bristol site was sold for development at the end of the 90’s and the motorhome sales were brought back down to the main St Georges site.

The best place to buy your next motorhome.

Since then motorhome sales have grown to account for nearly 50% of turnover, with caravan sales around 35% and the remainder made up of accessories, awnings, workshop services and finance and insurance.

Davan have also set up their own caravan club and love holding the famous caravan rallies and special events, entertaining customers and caravan club members. 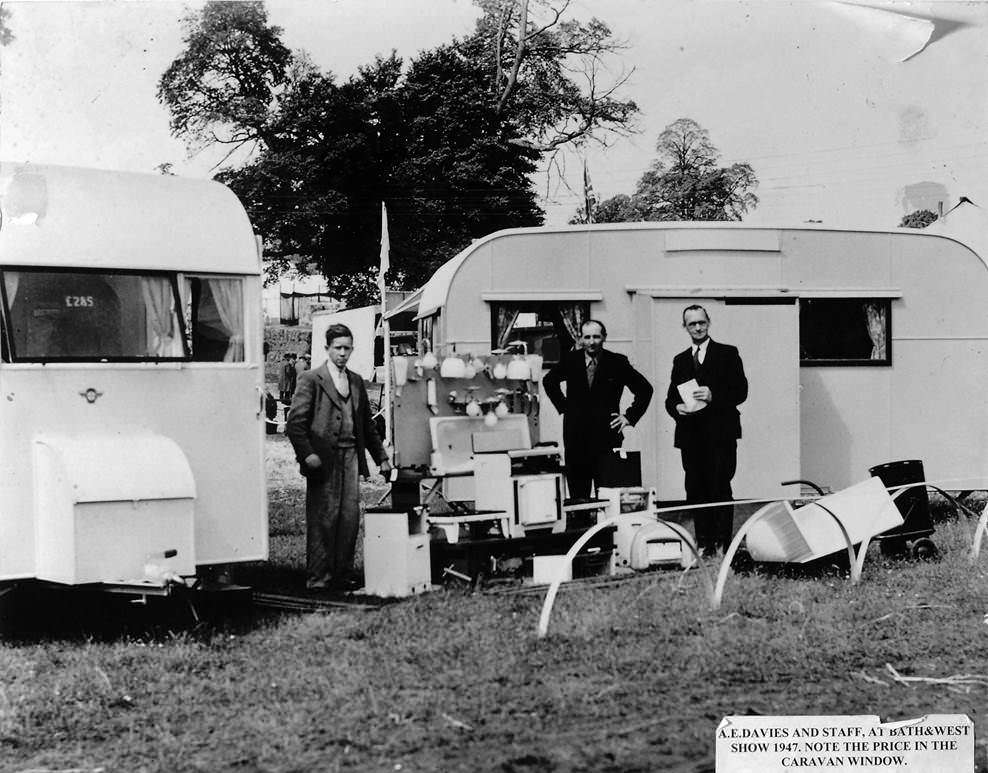 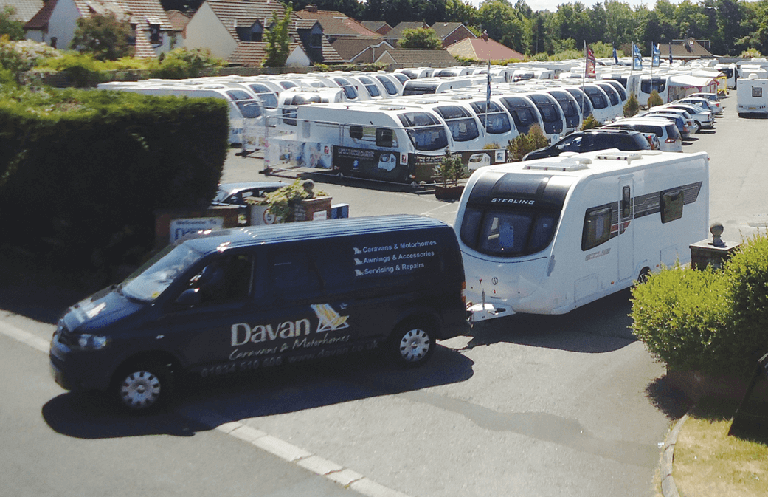 Without question we wouldn’t be here today if it wasn’t for the tireless efforts and hard work of Idris and Jean.  Their years dedicated to promoting and selling caravans and motorhomes provided countless families lives with happiness and fulfillment as caravan or motorhome owners; Customers that came back to us time and time again for caravan and motorhome services and upgrades.