Results from the Caravan and motorhome show at the NEC 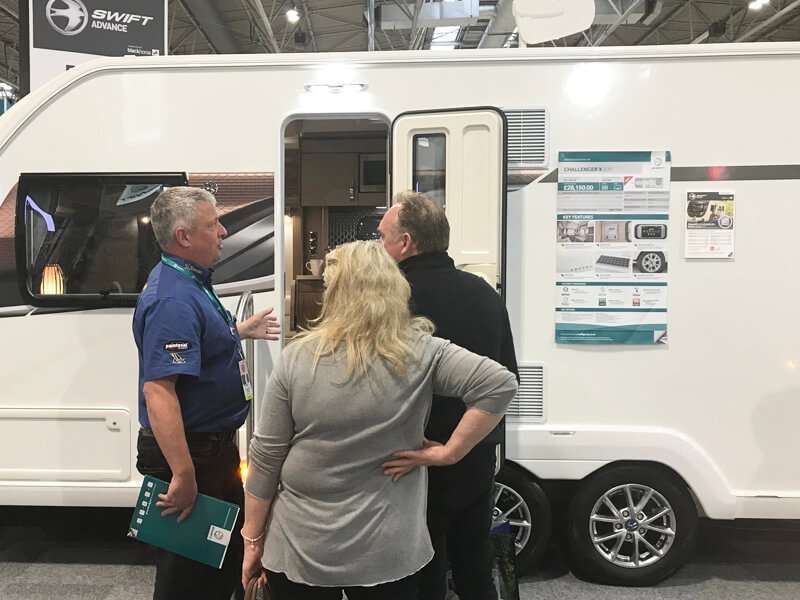 Having recently returned from
a thoroughly exhausting week, Davan were delighted to report a terrific
performance at the 2019 Motorhome & Caravan Show, Birmingham NEC. This was
in stark contrast to lots of dealerships up and down the country, that had
experienced very poor sales even though footfall at this event was far higher
than expected.

Although this is
traditionally the ‘Show-of-the-year’ for leisure vehicle manufacturers and
dealers, most exhibitors were sensing a very negative and ill wind, which
according to most, was as a result of the current troubles surrounding Brexit,
the uncertainty this was causing and the economic climate suffering as a
result.

However, in completely opposite style, sales results from the Davan team, with representatives at major caravan and motorhome brands such as Swift, Knaus, Weinsberg, Pilote and Rollerteam, to name a few, were at least on-par with 2018 results, with motorhome sales leading the way.

Glen Davies, Managing Director at Davan commented, “what we are seeing is clear evidence that new buyers are actively seeking us out as a result of the level of confidence and trust they have in the Davan brand. We have continued to deliver a simple and consistent message to our audience, even when the economic climate suggested otherwise, that we are a family-run business with family values stretching right back to 1936. We have always treated our customers like family members and they can rely on Davan to be with them every step of the way throughout their camping life and we’ll seek to continually improve our service to them”.

Richard Burton, Sales
Director at Davan, confirmed this trend-breaking performance, by stating “our
sales figures for this week-long event have again topped well over the £1
million mark. What has been most surprising is the number of new customers that
have approached us and decided to buy from us. That really has been the
highlight for me”.

It was notable that Davan’s remarkable success had come soon after receiving some glittering industry accolades in 2019, such as the Swift ‘Dealer of the Year’ and no less than four gold or silver awards from media partners Practical Caravan and Practical Motorhome.

Glen concludes, “every member
of the team has received outstandingly positive feedback from members of the
public at this event. We are absolutely delighted with our results which
confirms that all the efforts we’ve made to communicate what makes us so
different from other dealerships, like the Davan Advantage Club memberships to our
online Google reviews, has really been worth it”.

CAPTION: Members of the Davan
team, delivering the highest levels of expertise and customer care at the 2019
Motorhome & Caravan Show, Birmingham NEC.